The registration of HYPOXI’s Patent Number E.P 0906774131 on 3 October 1997 marked a new era in the health and weight loss industry. HYPOXI is the FIRST and ONLY patented device to incorporate vacuum technology with exercise to achieve real targeted fat burning – making it a clear industry leader.

Excerpts of just a few studies on the benefits of HYPOXI are set out in this section, so you can see the proof first hand.

In 2010, Professor Christoph M. Bamberger and his team from the Medical Prevention Centre in Hamburg set out to establish whether HYPOXI really is more effective at targeted fat and cellulite reduction than a regular workout.

PARAMETERS OF THE STUDY

Twenty women and sixteen men were enrolled in the study. All candidates were placed on the same nutritional programme.

The candidates were then split into groups:

At the conclusion of 4 weeks, all candidates were subjected to rigorous measurement and analysis. Professor Bamberger and his team made the following findings : 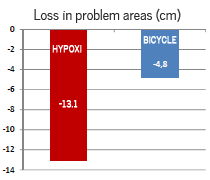 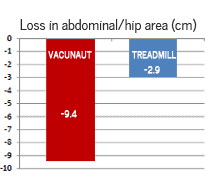 The circumference lost by the HYPOXI group from each thigh (an average of 2.9cm) was very significantly larger than for the participants in the control group (an average of just 0.7cm) 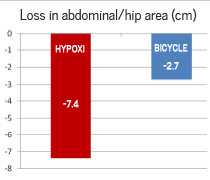 The circumference lost by the HYPOXI group from the abdomen and hips (an average of 7.4cm) was very significantly larger than for the participants in the control group (an average of just 2.7cm)

Professor Bamberger concluded that while both conventional exercise and HYPOXI can result can weight loss results over 4 weeks, the effects are better with HYPOXI. He said: with regard to fat in the targeted zones, HYPOXI is significantly superior to a conventional workout. HYPOXI is a scientifically method for fat reduction on problem zones.

The test was conducted over a two week period, over which time the subjects carried out eight HYPOXI-Training sessions in the L250. In order to reliably measure the fat reduction over this time, an MRI was taken prior and then subsequent to the completion of the HYPOXI treatments. 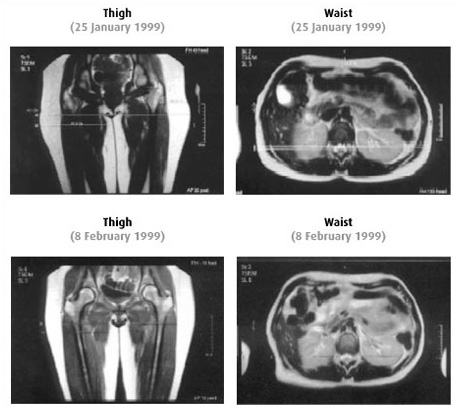 It is apparent from these MR images that the thickness of the fat surrounding the subject’s lower body noticeably reduced on the completion of the HYPOXI-Training sessions.

These magnetic resonance images coupled with the table of average results below, confirm that the circumference loss achieved with HYPOXI is not attributed to fluid loss, but rather the result of real fat degradation.

LANDMARK STUDY INTO THE EFFECTS OF HYPOXI TRAINING, 1998

In 1998, a scientific trial was conducted to compare the results in targeted fat loss and cellulite reduction achieved with HYPOXI-Training against those achieved with conventional exercise.

The study comprised of 530 women between the ages of 25 to 55, and the average weight of the candidates was 65kg. The group was split in two, with half undertaking conventional exercise on a reclined bike, and the other half using HYPOXI. Both groups had to follow the same calorie controlled diet. The group was monitored for a period of six months.

A summary of the results recorded is set out below: 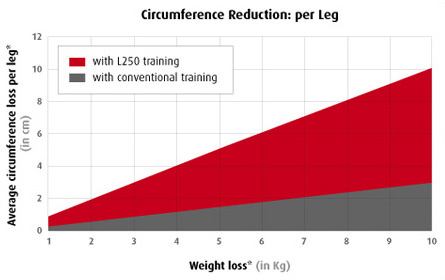 From the above results it is evident that those who participated in HYPOXI-Training were able to concentrate their circumference loss to the specific problem area of the body, in contrast to conventional exercise.

those participants who undertook HYPOXI-Training achieved on average up to 3 times higher loss in circumference in the area around the lower body than the controlled sample who undertook conventional exercise.

This study was the first to demonstrate HYPOXI’s ability to achieve targeted fat loss results for clients.

Discover the best version of you with HYPOXI. Complete the form below to book your INTRO OFFER at your selected studio and begin your HYPOXI journey today.